Under a Mating Moon by Celia Breslin: Character Interview & Giveaway 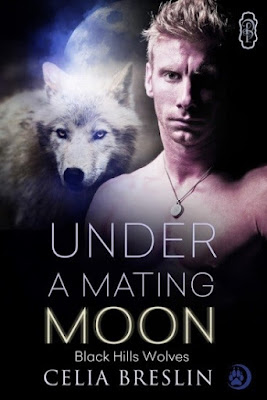 British Alpha wolf Jake Marsden spends his days among humans, pursuing a lucrative music career and avoiding his pack’s politics. When his current DJ tour takes him to the US, he stops in Los Lobos to visit family, and runs into the one Wolf he never wants to see again—the mate who rejected his claim.

While visiting her brother in Los Lobos, free-spirited Lexi Luparell is shocked to encounter the Wolf she’d denied when they were teens. Now she must face her guilt for the cruel way she spurned him all those years ago, make amends, and admit the truth. Jake was right all along—they’re meant to mate.

Lexi would love to explore the mate concept and her overwhelming attraction to virile, alpha Wolf Jake, but he wants nothing to do with her. How can she break down his defenses when she’s the reason he built them in the first place?

Jake dates only human women now. Lexi had her shot at being his mate, and she threw it away. But when her life is threatened, he may have to rethink his position and do whatever it takes to claim his one true mate.

A billion butterflies battered Lexi's stomach. She shifted her attention from Ross to the piano. Sure enough, the music had stopped, and Jake faced her from his seat on the bench. Man oh man, the heavy stare from those sky blue eyes sent shivers skittering down her spine. His gaze held the same intensity she remembered from him as a kid, as if he saw into the heart of people, exposing their deepest secrets. It had driven her crazy back then, and she'd spent much time teasing him, pulling his hair, trying to distract him from being so serious all of the damn time. They were teenagers—partying was supposed to be their sole focus.

With his ice-blue stare locked on her, Jake rose to his feet, all taut muscle and predatory power. His energy swept over her like a tsunami, forcing all of the moisture to abandon her mouth while parts much lower wept with want. Her inner Wolf howled, answering the call of this Alpha, the first Dominant male ever to make her sit up and take notice. Holy crap. Her muscles shook with the need to bound over to him, jump in his arms, wrap her legs around his torso and writhe against his hard, hot, tattooed body.

Jake said something to his uncle then stalked straight at her, cutting a path right through the middle of the tables and the many, too-curious patrons.

A whimper escaped her throat.

Surprise sparked in her brother’s brown eyes. "You're kidding me. Him?" He burst out laughing. "Wow, sis, that's some major, big-time irony right there."

Darci’s expression conveyed her bewilderment. "Now what are you two talking about?"

Her annoying brother grinned. "See that angry Alpha headed our way? My sister here rejected him when they were teens and he's apparently her—"

Lexi socked her brother in the ribs. "Shut it, Ross."

"Ouch." Ross rubbed his side and chuckled at her plight. The jerk. "Come on, Lexi, you have to admit the hilarity of the situation."

No, she did not. Nor did she have to admit that J-Bird was right all those years ago. He was her mate. O to the M to the G…. They were mates.

Even so, he didn't look happy to see her at all. In fact, he looked positively enraged. Shit, shit and triple shit. What a mess she'd made eight years ago. Well, she was woman enough to pull on her big-girl panties and fix it. She straightened her spine and lifted her chin in challenge, meeting Jake's stormy stare. He halted before her.

I can do this. "Hey J-Bird. Nice to see you." Lovely. Her voice sounded like she'd eaten the gravel from the lot in front of Gee's bar. Embarrassment heated her cheeks.

One breath, two breaths, three…. J-Bird glared. Tension coiled between them in the silence. Lexi bit the inside of her cheek to avoid babbling at him. She'd said hello. It was his turn. Damn it, J-Bird, say something. He wasn't making this easy.

"Alexina."  His arctic tone dismissed her and slapped her in the face at the same time, leaving her disappointed and confused. No one called her by her full name. No one except her parents when she'd done something wrong as a kid. He might as well have said, "Screw you," while slamming a door in her face.

His focus shifted to her brother. "Hello, Ross. Been a while." His hand shot out to grasp her brother's in a cordial shake.

"Good to see you, Jake. Join us for lunch? My treat. We can catch up on old times."

"No, thank you. I'm done. Nice to see you again, Ross." Jake nodded at Darci. "Miss." He brushed past them and out the door.

"What. Just. Happened?" The, “I'm done,” he uttered in his delicious British accent seemed aimed more at her than at her brother's offer. And the fact he hadn't even looked at her before stalking out all sexy in his gloom and doom? Yeah, that hurt.

"I think you know, sis." The amusement left her brother's face and sympathy glimmered in his gaze. "Question is, what are you going to do about it?"

She'd never run from a fight in her life. She wouldn't start now. "Grab a table. I'll be back in a second. Or not." She ignored her brother's knowing grin and hurried out the door. 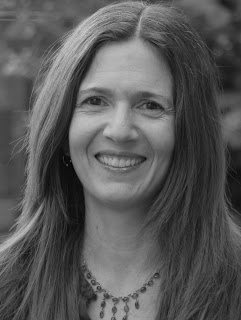 Celia lives in California with her husband, daughter, and two feisty cats. She writes urban fantasy and paranormal romance, and has a particular fondness for werewolves, vampires, and the Fae. Her award-winning vampire series - The Tranquilli Bloodline - is available from Champagne Books.  Under A Mating Moon is her second werewolf story for Decadent Publishing’s multi-author, shifter line: Black Hills Wolves.

When not writing, you’ll find Celia exercising, reading a good book, hanging with her family, or indulging her addiction to Joss Whedon’s TV shows and movies.

Please welcome Jake and Lexi from Celia Breslin's Under a Mating Moon to Diane’s Book Blog.

What is your full names? Do you have a nickname?

Jake:  Hi, I’m Jacob Marsden, but my friends and family call me “Jake.” My fans know me as DJ Lone Wolf.

Lexi: And I’m Alexina Luparell.  Call me Lexi. Everyone does.

What is your hair color? Eye color?

Where were you born? Where have you lived since then? Where do you currently call home?

Jake: I was born in Bath, England. My family relocated to Indiana where I was raised until I was fourteen.  Then we moved to Coventry, England, where my father is the Alpha of the local pack. I have an apartment in London, but I’m currently on tour in the U.S., so I suppose you could say I’m living on the road…and, I’ve stopped in Los Lobos, South Dakota for a brief break. I have family there.

Lexi: I was born in Los Lobos but raised in Indiana, right alongside this doofus here. ::nudges Jake:: I currently live in Southern California. I’m in Los Lobos right now to help my brother plan his wedding.

Who are the people you are closest to?

Jake: My sister Jade, though we don’t see each other that often due to my travels. When I was a kid, I spent most of my time with her and her best friend. ::points at Lexi::

Lexi: ::waves:: Yep, that would be me, the best friend. I’m closest to my brother Ross, and to Jake’s sister Jade.

What or who is the greatest love of your life?

Jake:  The “who” is Lexi.  I’ve known she was my mate since we were kids. She, on the other hand, refused to believe me back then.  The “what” is music.  I love composing in many genres, including modern classical, contemporary jazz, and electronic, particularly electro and techno. ::smiles::  Yes, I’m aware of how unusual that is.

Lexi:  Aw, isn’t he sweet? And crazy talented?  My “what” is art. I’m really into studying the human form. And I design avatars for video games. It’s a fun gig.

What is the quality you most like in a man/woman?

Lexi:  There’s nothing sexier than a guy with brains…  ::ogles Jake:: …and tattoos…and piercings.

What do you most value in your friends?

Lexi:  Ditto on that. Unconditional acceptance is good, too.

Which words or phrases do you most overuse?

Jake:  ::chuckles::  Lexi would tell you I call her “Sunflower” too often. But, I know she secretly loves it.

Lexi:  Busted! And since we’re going for pet names here, I’d say, “J-Bird.” ::smirks:: I intend to continue the overuse, too.