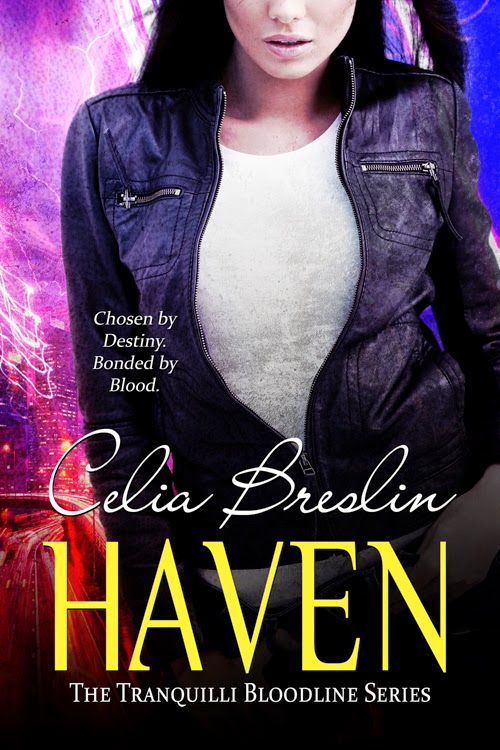 San Francisco nightclub owner Carina Tranquilli works hard, plays hard, and never allows the death of her parents and her twelve-year memory gap to get her down. But her life takes a left turn when a witch attacks her on her twenty-fifth birthday.

Three hauntingly familiar vampires emerge to reveal she possesses a latent power. To protect her from their enemies, they admit to wiping her memories clean and abandoning her as a child, but now they need her help. As she struggles to evade her new protectors and even newer enemies, she meets Alexander, an enigmatic, undead musician. Insta-lust flares, leaving her wanting more.

With evil’s minions hounding her every move, and everything she thought she knew turned on its head, Carina must harness her burgeoning power, unravel her vampire family’s web of deceit, and fight to have a love life...without getting killed in the process.

My hands roamed from his chest to his biceps. Smooth and solid, no hint of flab. Want you to wrap them around my body while you take me from behind. My little fantasy expelled the air from my lungs in a loud rush. Energy pulsed from my hands, hot and bubbly. His muscles twitched in response.

“Adrian was amused I’d followed a girl into the club.” His hands curved around my waist.
“Until he realized it was you. He told me who you were, but he wasn’t happy about it.”

“What did you do then?” My voice wavered, his touch devastating, distracting.
His grip tightened. “I left.”

I frowned. “You’re saying my uncle forbade you to see me?” This was so Romeo and Juliet. I didn’t like it. That story never ended well.

A hand slid to my back, pressing possessively. “Yes.”

I rolled my eyes. Thomas, interfering in my life. Again. “How long did you obey?”

His eyes narrowed. “Too long. But I sensed your presence after that whenever you were nearby. You spend a lot of time in my neighborhood after dark.”

“Adrian said the exact thing to me.” I bit my lip. Oops, now he knew I was talking about him. I felt myself blush like a crushing teenager.

He grinned at my discomfort. “You were hard to avoid. So I stopped trying. I showed up at the museum though I knew Thomas would intercept me. But it was worth it, to have you finally see me. I had to know.”

His smoky blue eyes bled to black and his power pushed at me, hot and hard, causing a response inside me, like a rumbling volcano deep in my core. My eyes widened. Was this the power my family had mentioned? No longer dormant and infinitely more intense than a little static electricity in my palms.

Alexander crushed his lips to mine. Need roared through me leaving me breathless with edgy hunger.

My hands burrowed into his thick, silky hair, holding his head as if he might try to escape. He growled his approval against my lips, his kiss growing more insistent. His tongue explored my mouth. He tasted metallic, like the blood he’d consumed. Again, I found I liked the taste. My tongue danced with his and delved into his mouth, searching for more penny metal flavor. He groaned and tightened his embrace.

I thought we’d devour each other forever, but Alexander stiffened and his head snapped up. His eyes glinted black as night, wild with lust and...aggression? He bared his teeth in a snarl, canines morphing into fangs. Long, sharp, lethal.

On instinct, I pushed against his chest to get some distance between those teeth and my neck. He ignored me, head whipping around to survey the room. A feral growl erupted from his throat and he shoved me under the table.

My cries of protest were drowned out by animalistic roars and breaking furniture. From my spot under the table, I felt around on the bench for my coat, all the while keeping an eye on the room. Dark blurs flitted back and forth, pieces of table and chair flew by...Bingo. My coat. I searched the pocket for my phone. Once in hand, I hit the button for my boys.

The fighting around me stopped. The familiar techno ring tone of Mark’s phone broke the sudden silence. He’s here?

The table above me was tossed away. Steel hands grabbed my legs and dragged me, face down. I dropped the phone and flattened my palms on the floor, trying to resist. One hand bumped into a steak knife and I grabbed it. My assailant flipped me over and lunged. I aimed for his heart but the knife plunged into his throat. 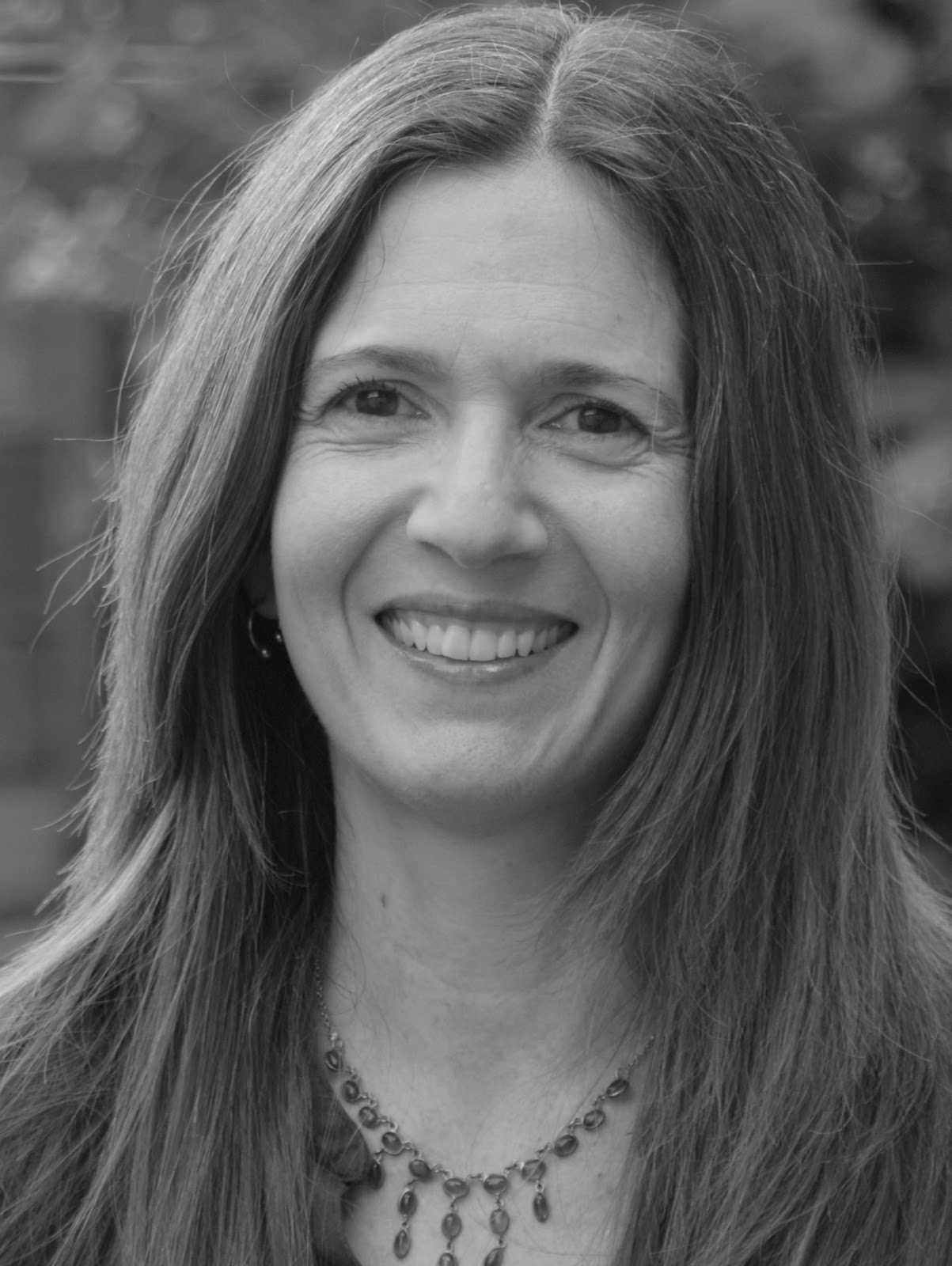 Celia lives in California with her husband, daughter, and two feisty cats. She writes urban fantasy and paranormal romance, and has a particular fondness for vampires and the Fae. When not writing, you’ll find her exercising, reading a good book or indulging her addiction to Joss Whedon’s TV shows and movies.

I would like to welcome Carina & Alexander from Celia Breslin's Haven.

What is your name? Do you have a nickname?

Alexander:  That would be me, the soul mate, full name Alexander Wallace. Many call me Alex. I prefer Alexander, especially when Carina says it when we’re…intimate.

What is your hair color? Eye color?

Carina: Dark brown hair and eyes. When I go all vampy, though, my eyes darken to black. And when my special super power kicks in? Add some blinking stars in there, too.

Alexander: My hair is more milk chocolate to Carina’s dark chocolate tresses. My eyes are blue-grey. Carina likes to call them smoky blue.
How old are you?

Carina: I’m 25. Okay, don’t be startled when Alexander tells you his age. He doesn't look a day over about 28. He was turned in his twenties.

Alexander:  45. Flattery will get you everywhere, Carina.
Where were you born? Where have you lived since then? Where do you currently call home?

Carina: Born in Italy. I live in the U.S. now. West coast. San Francisco. Best city on the planet.

Alexander: Born in San Francisco. I still live there, in the inner Sunset. But in truth, Carina is my home. I’d follow her anywhere.

What is in your refrigerator right now? On your bedroom floor? On your nightstand? In your garbage can?

Alexander: Is this a serious question? I have blood in my refrigerator, of course. Bedroom floor is clear. Nightstand is also clear. Garbage can…yes, empty. I’m a bit of a neat freak.

Who are the people you are closest to?

Carina: My close friends are my family: my business partner Adrian, my psychic pal Faith, her boyfriend Kai, and, of course, my badass bodyguards Mark and Ren. I have three brothers, but I’d call our relationship…hm…let’s just say it’s a bit strained. A work in progress.

Carina: I love karaoke and wish I could sing as well as a trained singer. Of course, my lack of vocal chops doesn’t stop me from belting out the tunes with my pals at our local sushi-sake-karaoke hangout.

Alexander: I have it. I play piano and guitar. Classically trained on both.

Which words or phrases do you most overuse?

Carina: When I’m upset I tend to curse in Italian. Porco dio spills out of me most.

Alexander: Pass. But here’s the word the older vampires overuse - Youngling. I hate it when they call me that.